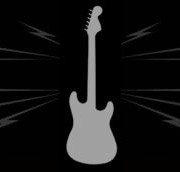 Blues Underground Network John Vermilyea
“ALL IN” is the next stop in the journey of electrifying rock-blues artist Dave Fields. This 11 song CD will stir your emotions while his guitar will scintillate you.
Listen To Samples Here… http://www.davefieldsmusic.com/all-in/
Following Review Excerpt Courtesy Of donandsherylsbluesblog
Dave Fields is one of the most dazzling, cutting-edge guitarists on the scene today. He grew up in NYC, the son of famed composer Sammy Fields, and it wasn’t unusual for him to see guys such as Stevie Wonder and Rupert Holmes in his father’s studio. A nanny from Waycross, GA, introduced him to the soul of Southern culture, and these varied influences are evident throughout his music.
His latest release, entitled “All In,” is simply a guitar-lover’s dream. He incorporates nine originals with two unusual covers herein, each showcasing a different shade of Dave’s blues. The opening cut is a sweet taste of things to come, as Dave wrings out an ethereal solo before breaking into a tale of perserverance and “rollin’ with the Changes In My Life,” which features another hot solo mid-song. Vladimir Barsky’s organ augments Dave’s soulful vocal on the story of the kind of girl we’ve all known–the one where “one look and you’re hooked” with those “Voodoo Eyes.” He revisits this theme later on in a cool song done in stop-time, SRV-style, the staccato strut of “that girl’, She Got A Hold On Me.”
Let’s get to the favorites. “Cross Road” is indeed the Robert Johnson classic, and Dave delivers it here as a near-Hill-Country stomp, with his guitar setting up a trance-like “wall of sound” over Kenny Soule’s stompin’ beats. Next is a live recording from Norway, as Dave strips down Led Zep’s “Black Dog” to its base, bare-bones elements, and we simply couldn’t get enough of it done this way! At the opposite end of Dave’s blues spectrum is the highly-contagious groove of “Let’s Go Downtown, where they play the blues,’ as he name-checks landmarks all over his hometown, “from Harlem south to Union Square!”
Continue Reading Review Here… http://donandsherylsbluesblog.wordpress.com/2014/06/04/dave-fields-review-june-3-2014/
Additional Artist Info… http://www.davefields.com/

July 1st and the official release of “ALL IN” is rapidly approa...
Scroll to top