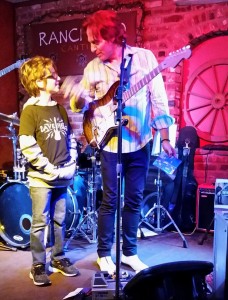 Wow, there’s lots going on this week! Today Tuesday Feb 2nd I will be on WFDU 89.1 FM for the Fund drive 1-4pm as a special guest with Nikki Armstrong “Blues In The Grooves”. http://www.wfdu.fm/single/index.php

Wednesday Feb 3rd AMERICAN TRASH 8pm1471 1st Ave NY NY I will be with Ross Daisomont and The Radio Flyer Blues Band for the Wednesday night jam! I’m so excited to be playing at American Trash for the first time! http://www.wfdu.fm/single/index.php

The UNLEASHED Kickstarter Campaign is going strong!
My next CD “UNLEASHED” has been coming along and it’s going GREAT! Check out my new Kickstarter campaign: http://kck.st/1RRm7pr

I’m so excited to have my pal Van Romaine on two songs on this upcoming release!

I look forward to seeing you soon!