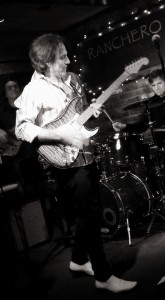 I’m so excited about how my upcoming CD “UNLEASHED” is coming! I just added bass god Buddy Allen on two cuts and Kenny Soule on another. I’m trying to raise $10,000.00 to make UNLEASHED an amazing success! Check out my Kickstarter campaign: http://kck.st/1RRm7pr

Before I head off for Norway I have two more shows here in the US. This Thursday Feb 25th DESMOND’S TAVERN 10pm show only 433 Park Avenue South NY NY featuring Geoff Wright on bass and Lee Jeffyes on drums. I will be playing songs from my upcoming CD “UNLEASHED”!

Friday Feb 26th I will be a special guest with Tara Layne at THE ROBINS NEST 3103 Tremley Point Rd Linden NJ 9pm!

I look forward to seeing you soon!